The intelligent and thoroughly charming young business woman based in Melbourne is also a healthy lifestyle advocate and a qualified nutritional therapist.

Her business Crisp Organics, now known as Holly Kendall Organics, is an online organic produce store with a daily delivery service that operates throughout Victoria. Customers can order all their fresh organic produce online and have it delivered straight to their door or community Co-hub.

She said after launching the business, it gained a lot of traction very quickly. “It’s an industry that is growing and people are becoming more aware of the benefits. I’ve found as people learn more about me, why I do it and the experience I have, a certain level of trust and reassurance has developed. I think being a nutritional therapist is something that reassures people as well because it’s all about promoting balance in the body and really supporting it naturally using healthy food. “ 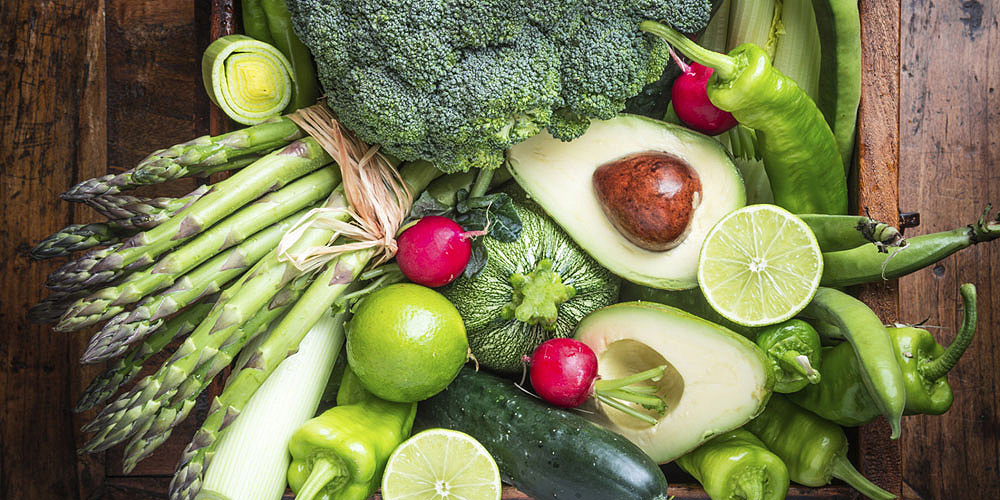 All the produce is certified organic and sourced from Australian farms where it is grown free of chemicals or pesticides and hasn’t been subjected to any long term storage. “I look for quality and I’m very strict on certification,” she said, “so I don’t take home grown or organically grown, it has to be certified so that both I and my customers have an assurance that it is legitimately organic.”

Holly tries to source the produce as locally as she can to reduce food miles so most of her suppliers are in Victoria. However, to avoid limiting the availability, she also sources some foods like bananas, sweet potatoes and foods that are out of season in Victoria from growers in Western Australia and Queensland. “A lot of my produce comes from the Mornington Peninsula, Thorpdale, Kooweerup and the Yarra Ranges. Some also comes from growers in Northern Victoria.” 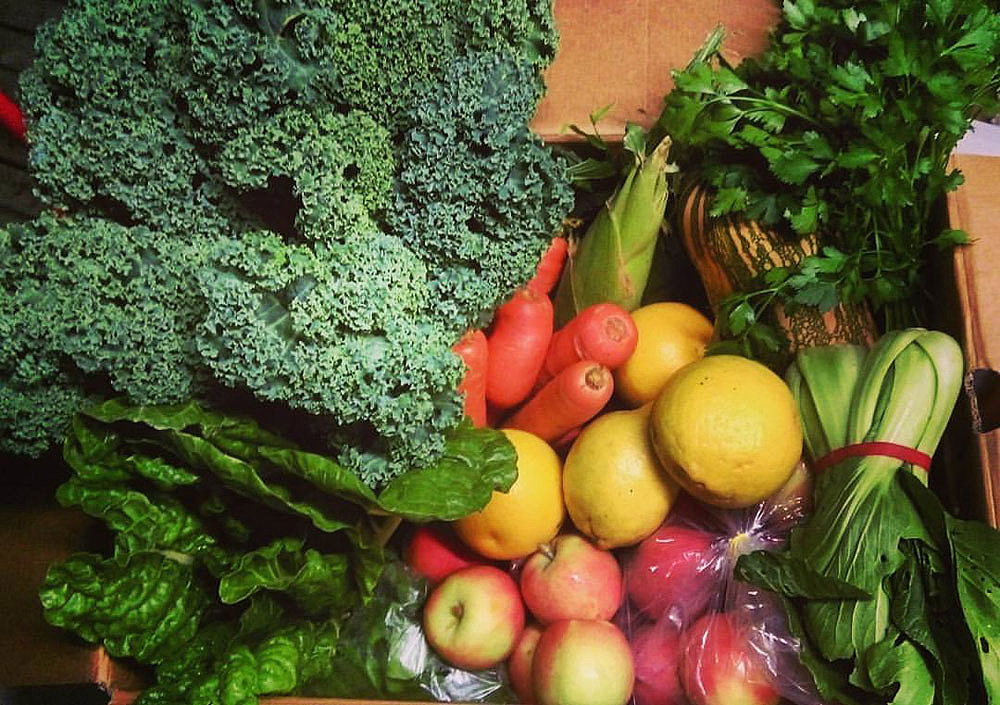 She said basing the business online was an obvious choice. Her customers are able to obtain all the fresh, high quality produce they want and deserve for themselves and their families in the one place. It saves them time, money and the inconvenience of traipsing from one organic store to another and coming away feeling frustrated or disappointed. “Being an online shop and delivery service enables me to help many more people gain easy access to fresh, high quality food.”

Holly once did all the home deliveries herself but she now outsources it to a refrigerated courier company, which has opened the business to the whole state. She still does deliveries in her own inner suburban area and picks up from farms and suppliers.

Another arm to Holly’s business is selling her organic produce at weekend community markets. She has also started operating pop up shops, which she said is a bit like roadside trading. She has linked up with Parks Victoria for a site at Westerfolds Park in Templestowe. “I take my van and an insulated trailer (that will soon be refrigerated) to a designated place and set up for roughly four to six hours in one location. It’s to make it easy for people to grab an organic option as a snack while they are in the park or something for dinner on the way home.”

Holly also plans to become certified organic herself, which she said will give customers that extra reassurance and she’s growing some of her own organic produce (all heirloom, non-hybrid varieties from certified seed) that she will sell as well. “There are a few certification bodies around but mine will be with NASSA because I’m growing in my backyard and they have a domestic certification. I’ll then be able to go to Farmer’s Markets. The requirement for Victorian Farmers Markets is to either be the grower or be working directly from the farm so there are a few technicalities that prevent me from currently going there but once I’m selling what I’m growing then that will open up for me.” 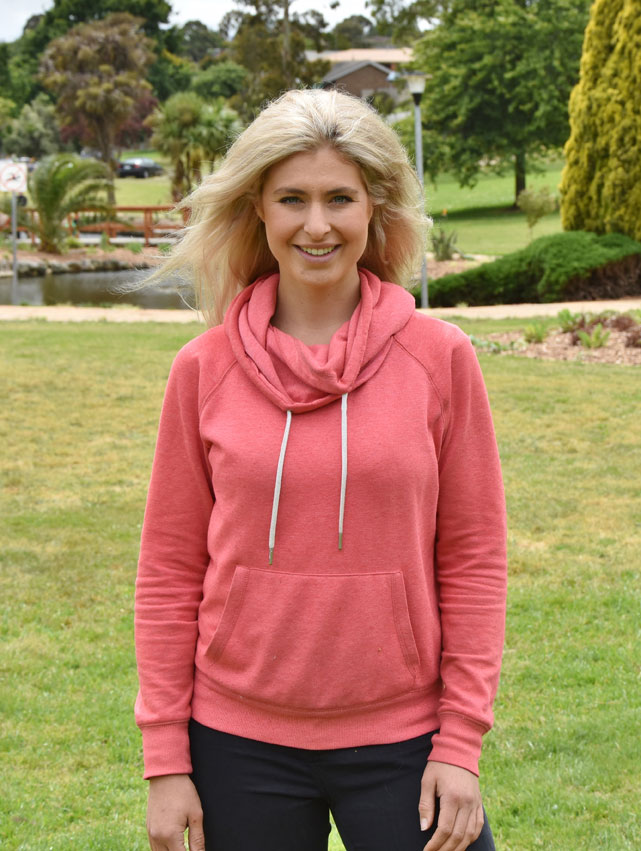 Prior to finding her passion and operating her business, Holly had tried many things. Initially she completed the first year of a hairdressing apprenticeship before realising it wasn’t for her and decided someone else should have that opportunity. She then did factory work packing fruit and kitchen goods and became a courier. She left for a while and completed a few different courses including one in civil construction to get her heavy machinery tickets, a truck licence and learn transport logistics, which she said has helped her with organising deliveries. She then went back to factory work while deciding what she wanted to do with everything.

She said one thing sort of led to another. She’d eaten organic foods since her late teens because she had digestive disorders and someone she worked with had told her about organics and the research on what chemicals were doing to people’s bodies. After eating organic food she said her digestive disorders started to fall away and she felt so much better. Her anxiety reduced and her skin was much nicer. “There were so many benefits, I felt more balanced physically, emotionally and my thinking was clearer and I don’t get sick at all. I haven’t been sick for years.

“I started meeting people in organics and going out to farms and one day I thought while I’m doing this for me I could give other people the same opportunity to have access to amazing, tasty, nutritious organic food, it was a no brainer.

“Both the organic health community and business community are cooperative rather than competitive so they’re very supportive. It’s a very down to earth community with beautiful people who want the best for others and the older generation are particularly supportive of younger ones coming in.”

Holly has even more projects lined up. One area of interest is speaking and education – teaching children about fresh food, what it is, where it comes from and how it supports their growth.” I’d like them to take their knowledge home and grow and use fresh food with their families so they have a healthy way of doing things and a fun way of doing it.  There’s so much information on the internet about what is or isn’t good for you yet there’s such a disconnection. I’d like people to understand that when their food is natural they can trust it and even more so if they’ve grown it themselves.”

Holly Kendall’s business Crisp Organics is now known as Holly Kendall’s Organics, which she operates with the help of her family, from her small organic farm in the hills of Wandong, Victoria.